A common problem when trying to identify odonata species (both Damselflies & Dragonflies) is that immature males of a species often look quite similar to mature females, which can become very misleading. The easiest way for a fast and accurate identification is the observation of reproductive structures, such as the male secondary genitalia and appendages or the female ovipositor or the vulvar scale. However, in many cases this becomes difficult due to their small size or a not so suitable angle between the subject and the observed. In this cases coloration might become a better index for the identification. Here I will try to point out some differences between immature male and mature female red veined darters (Sympetrum fonscolombii). 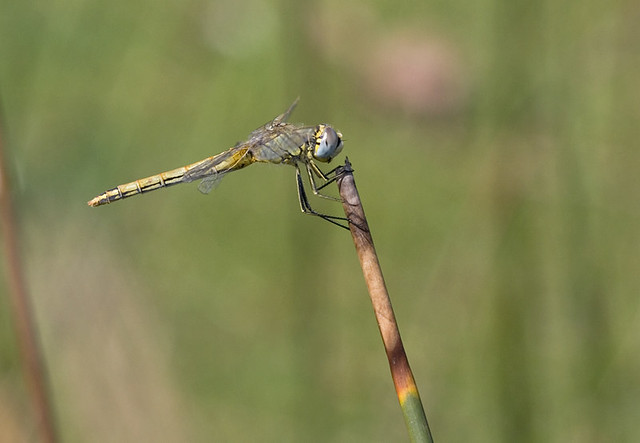 This is a mature female individual. The abdomen's coloration, with the two black stripes running the ventral part of the abdomen, is characteristic for the females. 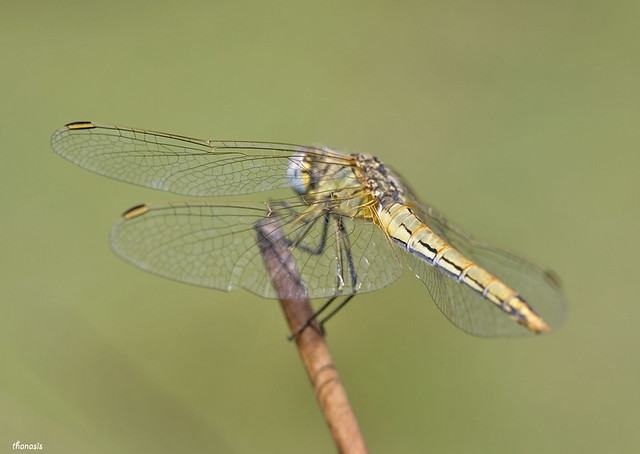 A better view of the female abdomen. 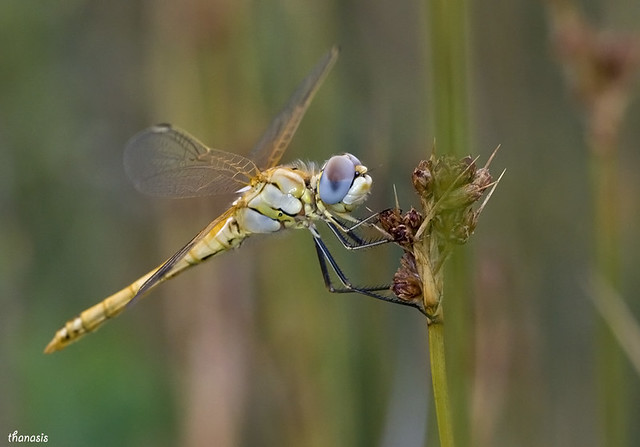 Now this is how an immature male looks like. The general similarity with the female is more than obvious, however the specific pattern in the abdomen is missing. Moreover, if you give a better look under the base of the abdomen (S2) you will notice a slight "swelling" which is a male's reproductive structure enabling him to transfer sperm to the female, the so called secondary genitalia. 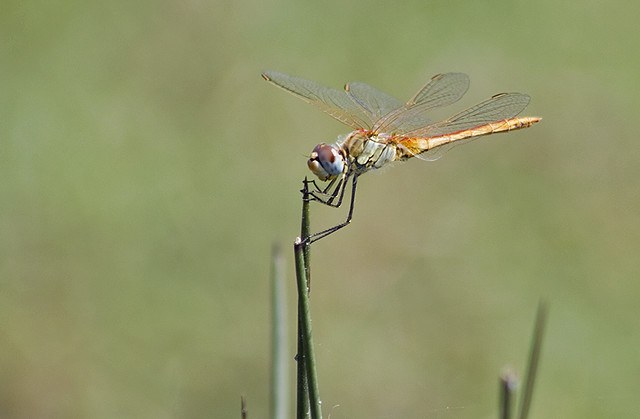 Eventually, the immature male will start to become mature and change his colour to red. This is how this procedures begins. As you can see the dorsal of the abdomen has already turned red, and the rest of the body will follow.
Posted by biologion at 8:07 PM

I like this dragon very much :)
A great traveler too!
Regards from France!

Blogs around the world